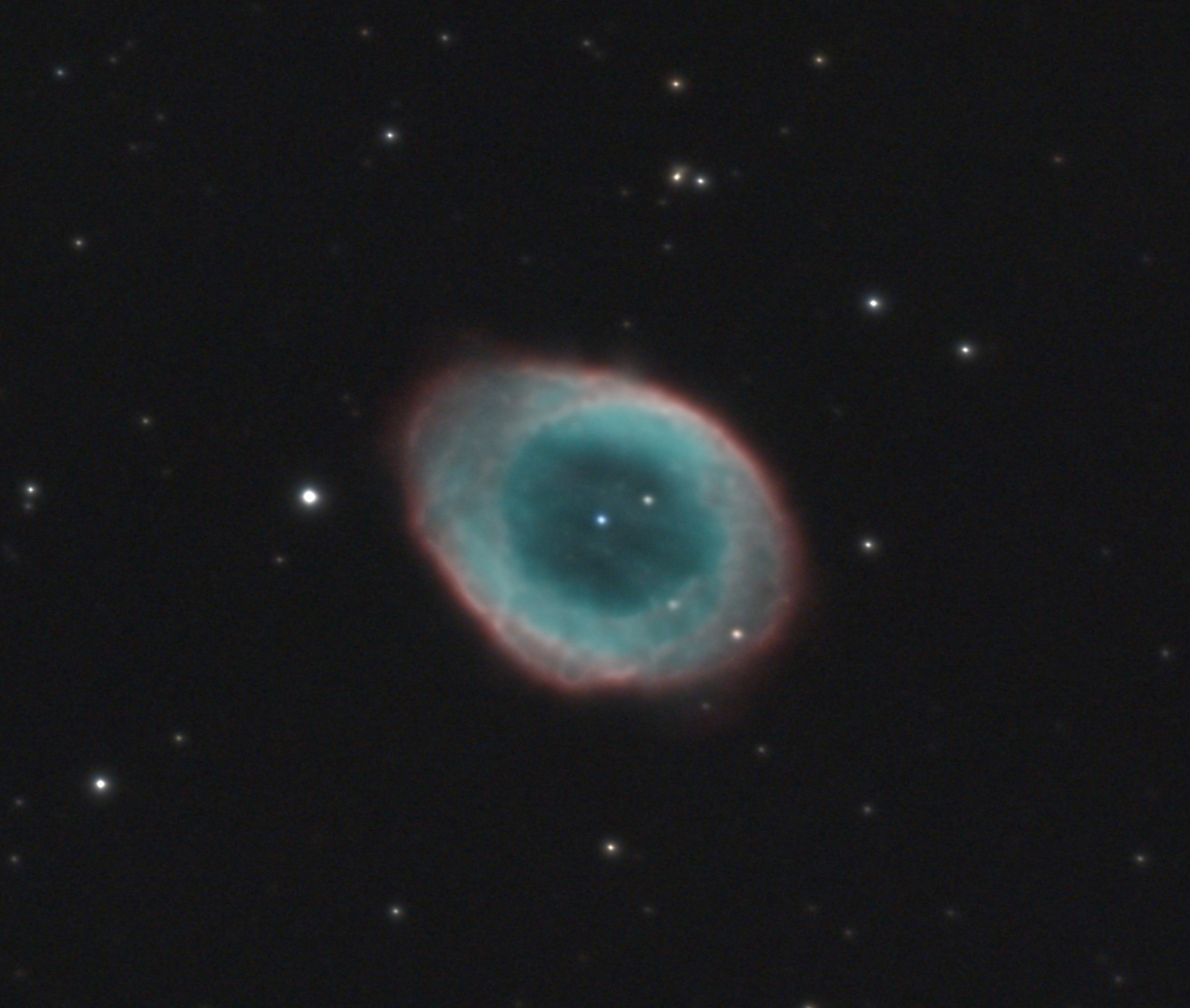 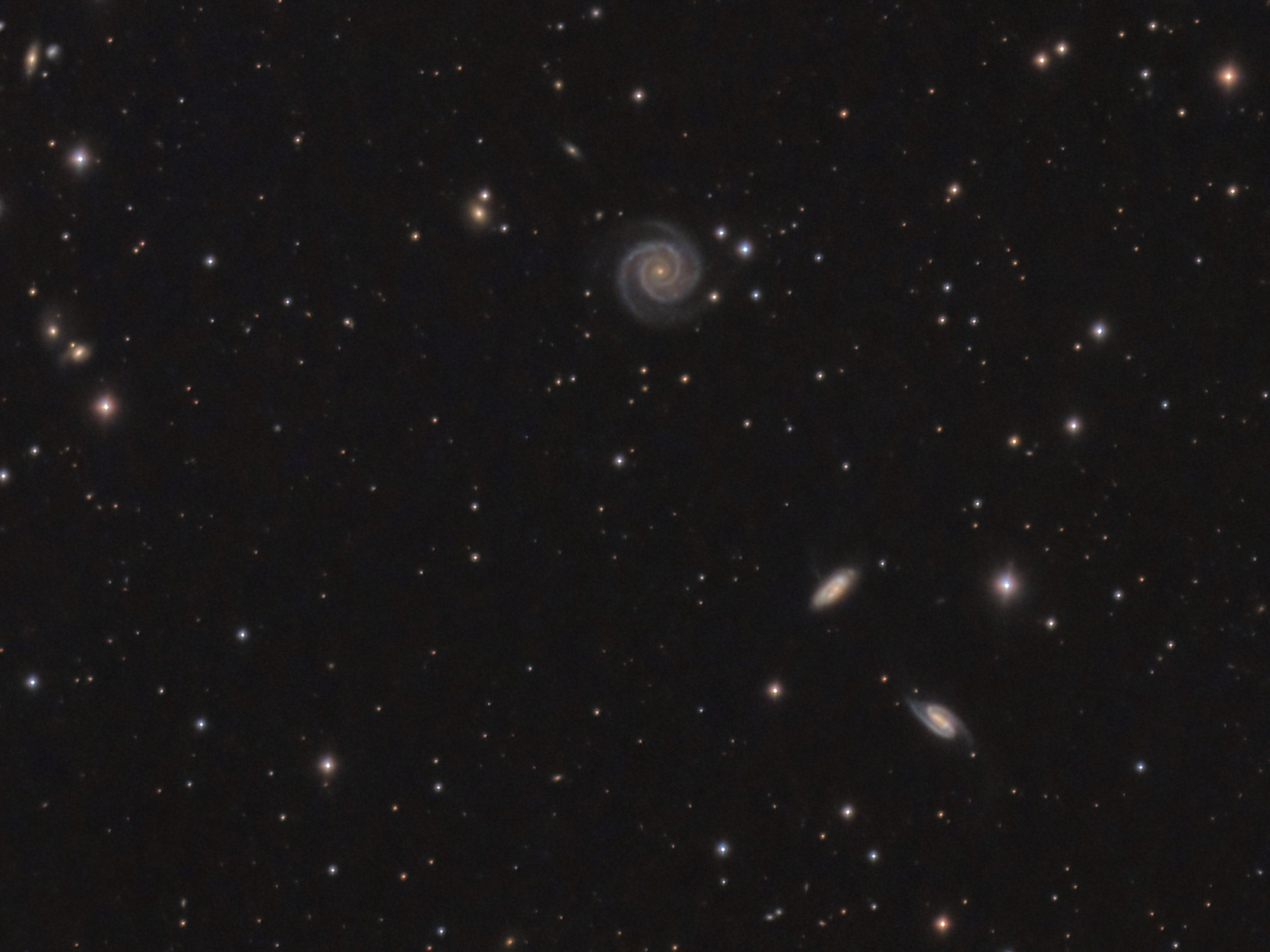 M 95 - NGC 3351 found in the constellation Leo, is a beautiful barred spiral galaxy. The central regions of barred galaxies like M 95 (NGC 3351) often include distinct morphological features in the form of small rings and secondary bars. The rings, known as nuclear rings because of their proximity to the nucleus well inside the ends of the primary bar, are sites of some of the most spectacular starbursts, shown here in inset. The image was made with ASI533MC and Celestron RASA 8 f/2.0, taken with my short exposure method 20x 60x 10 s.
Read more, M 95 - NGC 3351 - 4K high resolution 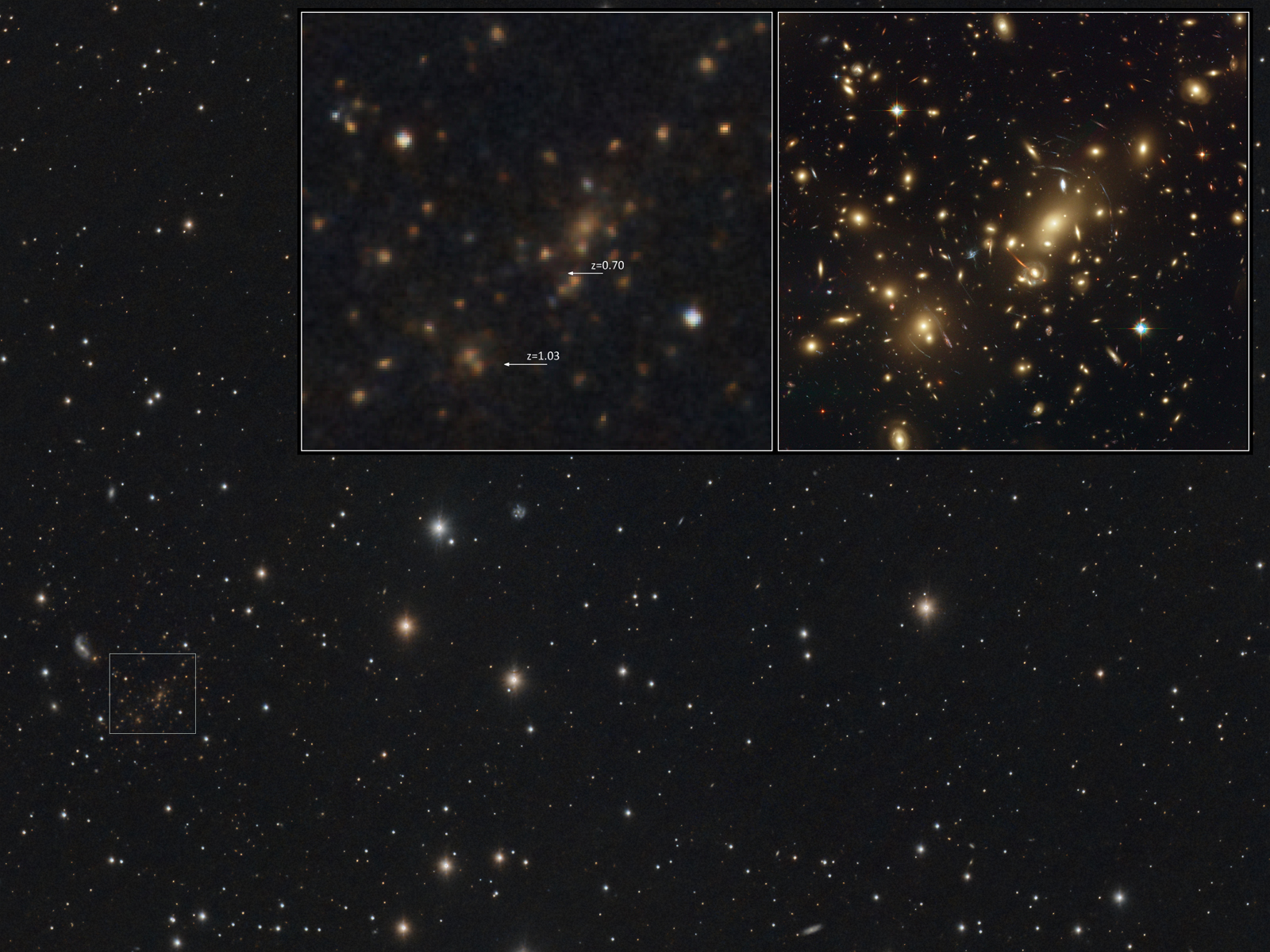 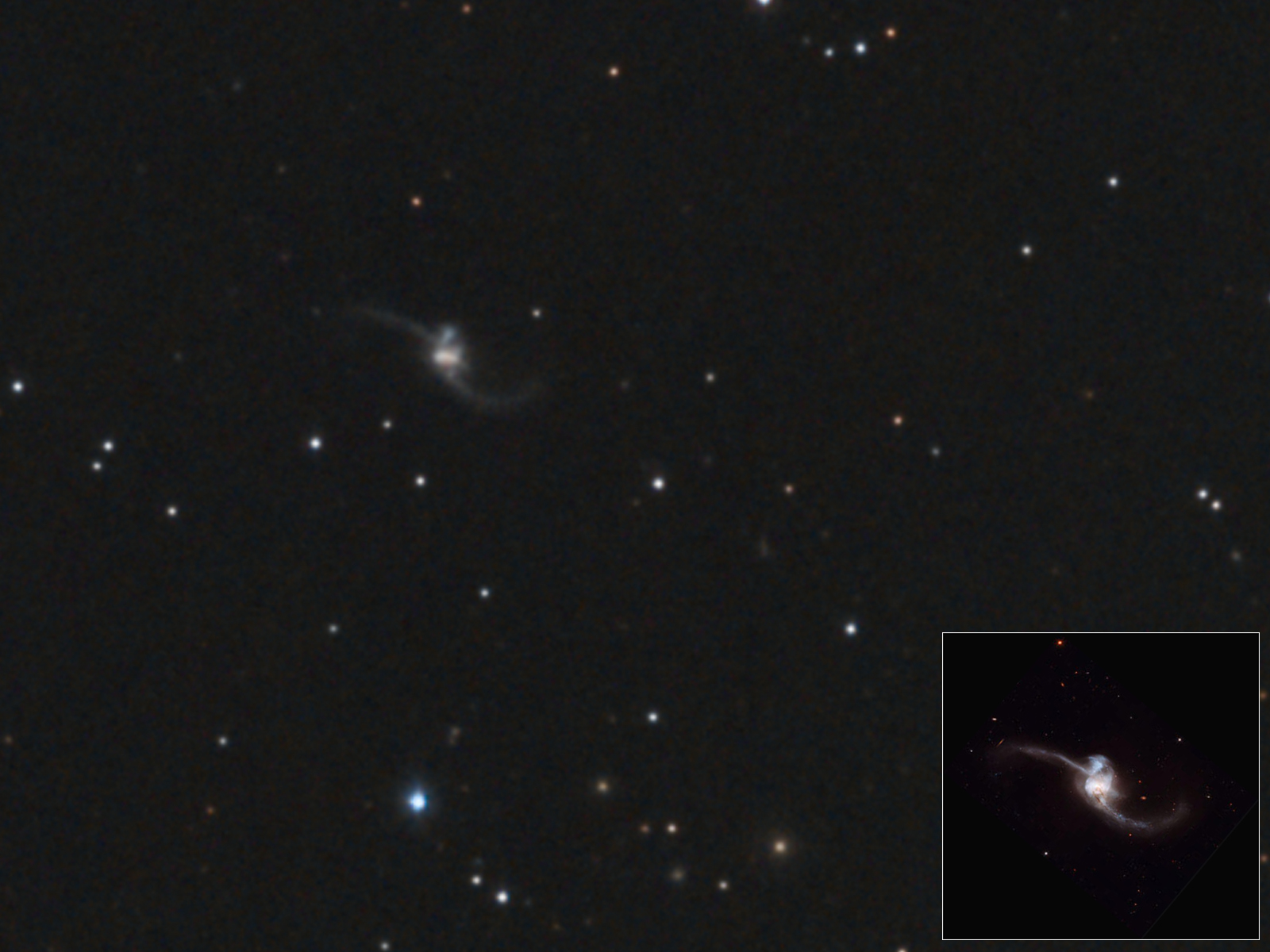 NGC 2623/Arp 243 is an interacting galaxy located in the constellation Cancer. NGC 2623 is the result of two spiral galaxies that have merged. Due to NGC 2623 being in the late stage of merging, the compression of the gas within the galaxy has led to a large amount of star formation, and to its unique structure of a bright core with two extending tidal tails. The image was taken with my RASA 8.
Read more, NGC 2623 - Arp 243 - 4K resolution 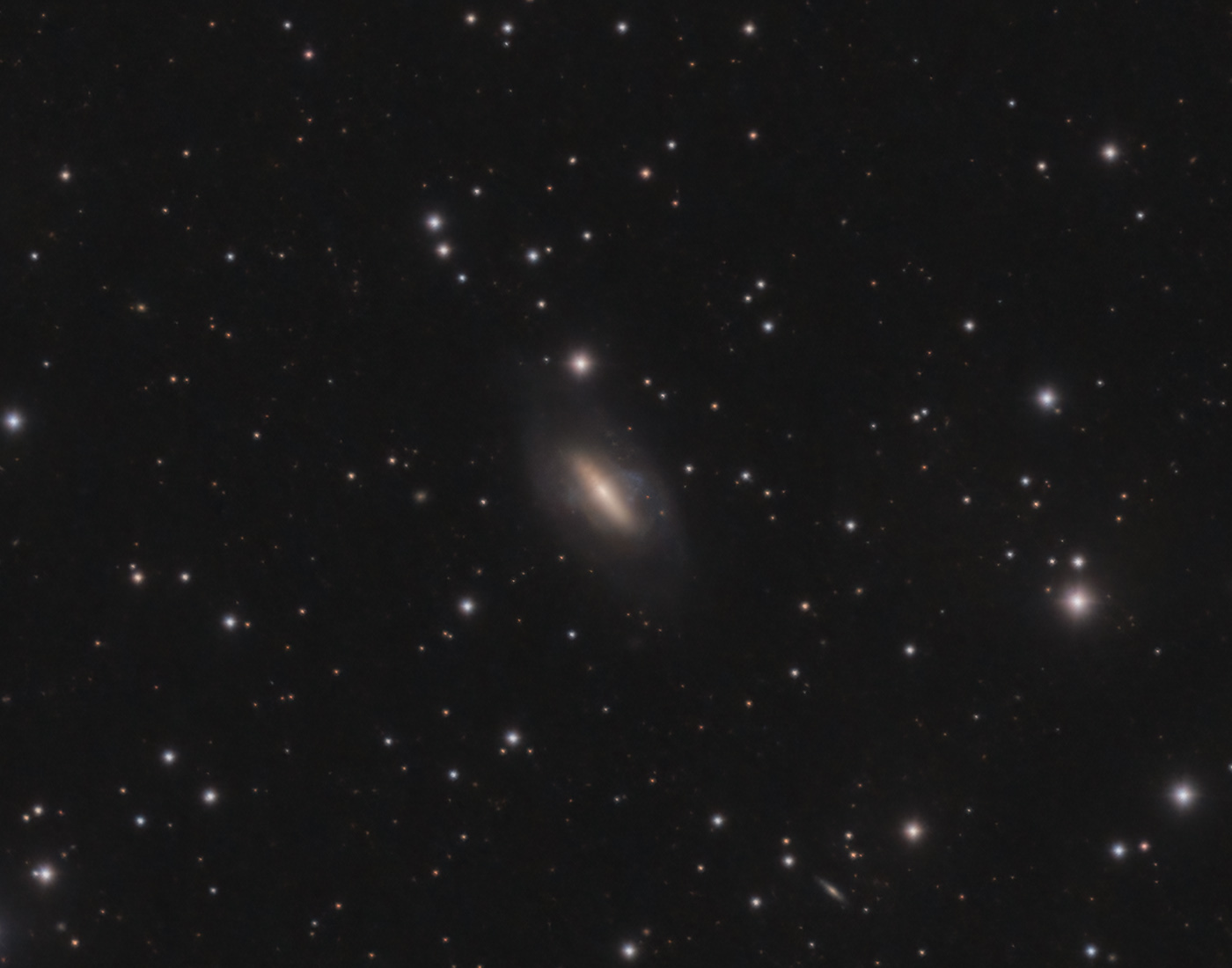 NGC 2685 (also known as the Helix Galaxy) is a lenticular and polar ring Seyfert Type 2 galaxy in the constellation Ursa Major. It is about 50,000 light-years across and about 42 million light-years away from Earth. It is an object of great scientific interest, because polar-ring galaxies are very rare galaxies, the image was taken with my RASA 8. The inset is from Hubble Space Telescope (HST).
Read more, ngc 2685 - Arp 336 - 4K resolution 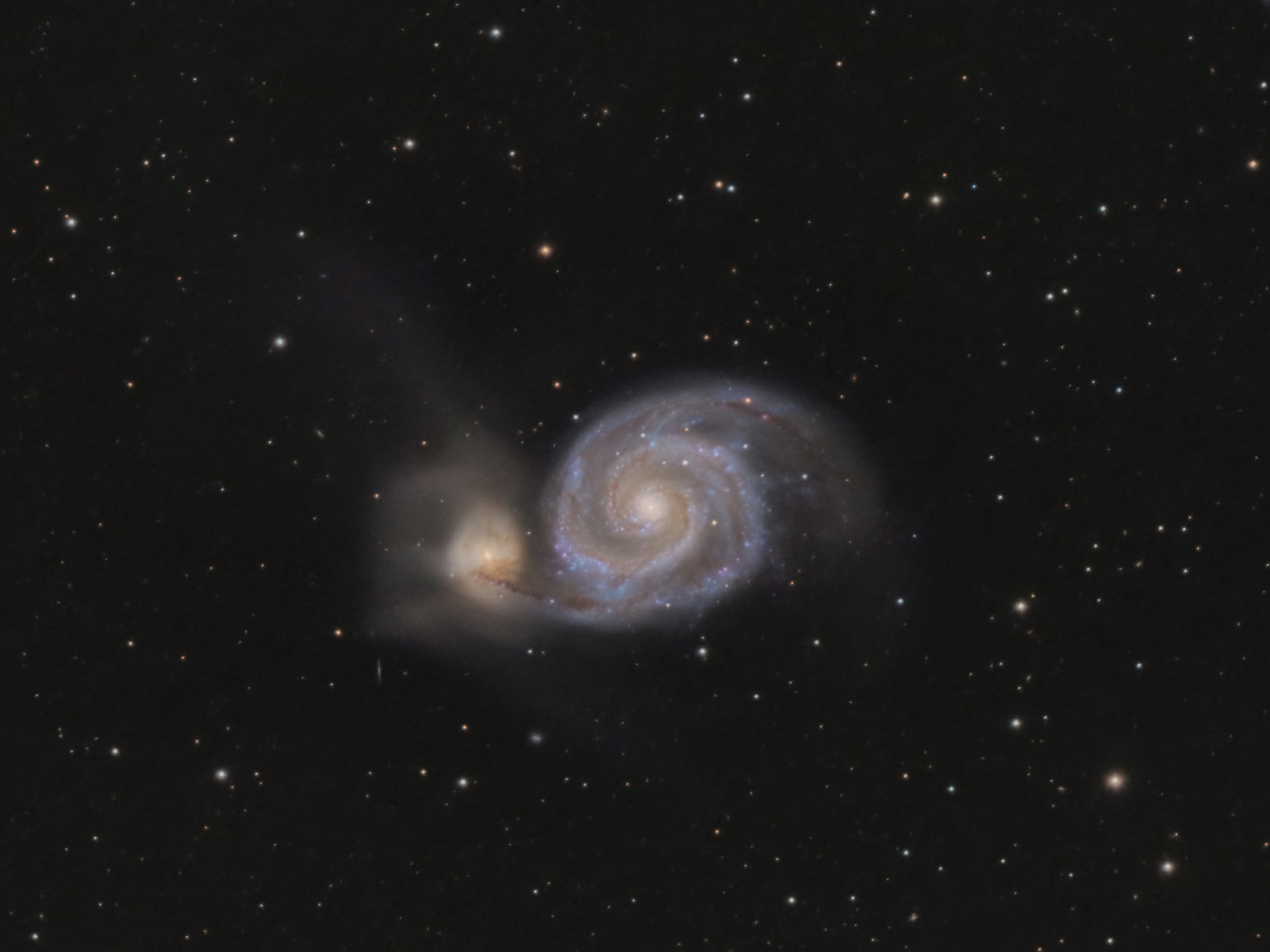 The Whirlpool Galaxy, also known as Messier 51, M51, Arp 85 and NGC 5194 NGC 5195, is an interacting grand-design spiral galaxy with a Seyfert 2 active galactic nucleus. It lies in the constellation Canes Venatici, and was the first galaxy to be classified as a spiral galaxy. The image was taken with my RASA 8.
Read more, M51 4K resolution 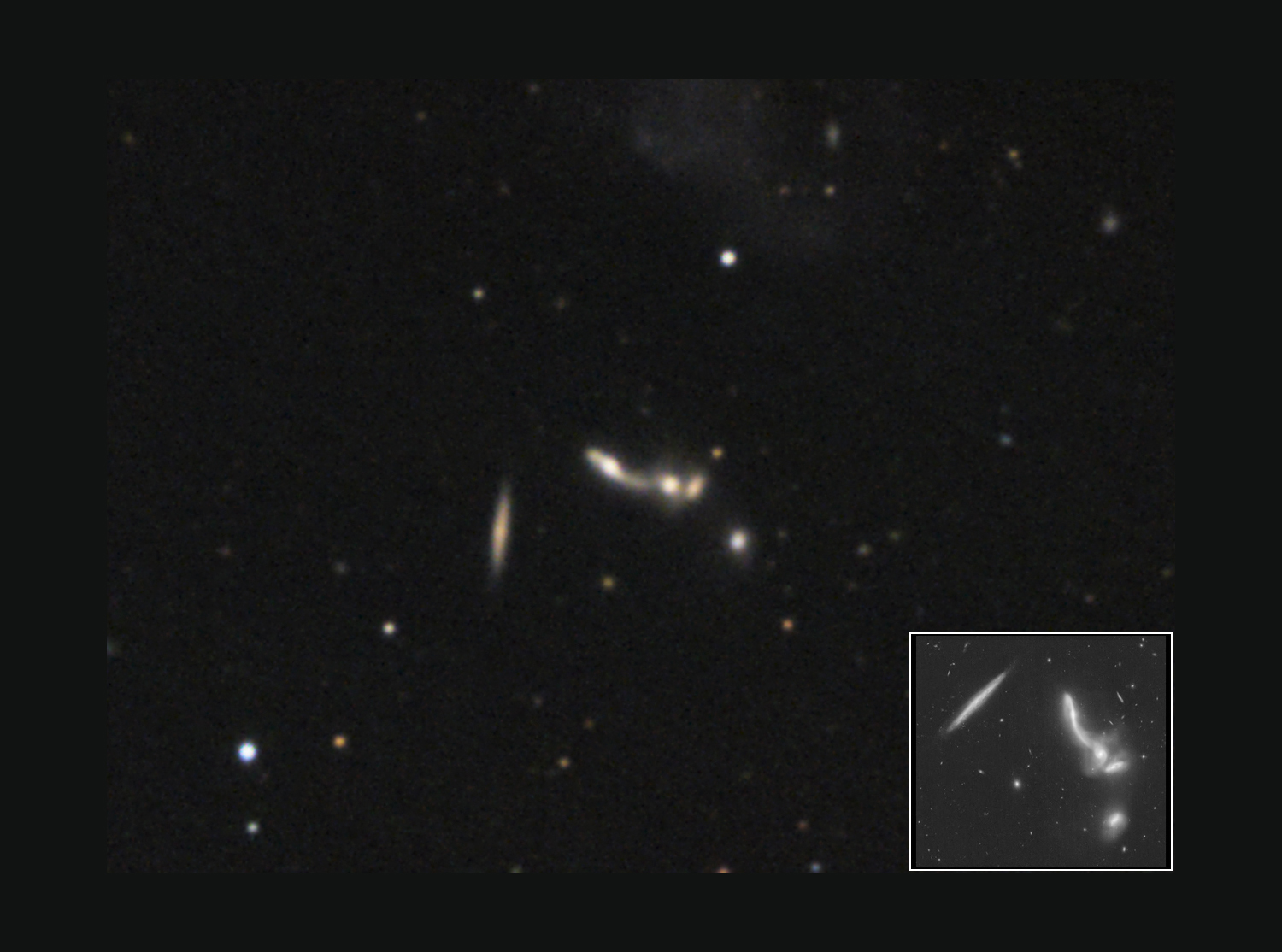 Arp 322 is a small group of galaxies with a size of 2.1 arc minutes and a magnitude of 14.7 mag, a faint fuzzy. Arp 322 is an interacting group of galaxies in the constellation Usar Major. A four-way interaction going on with a dusty spiral disk onlooker apparently far enough away from the activity not to be disturbed much by it. This group sits just south of the magnificent NGC 3718. The image was taken with my RASA 8. The inset is from Hubble Space Telescope (HST).
Read more 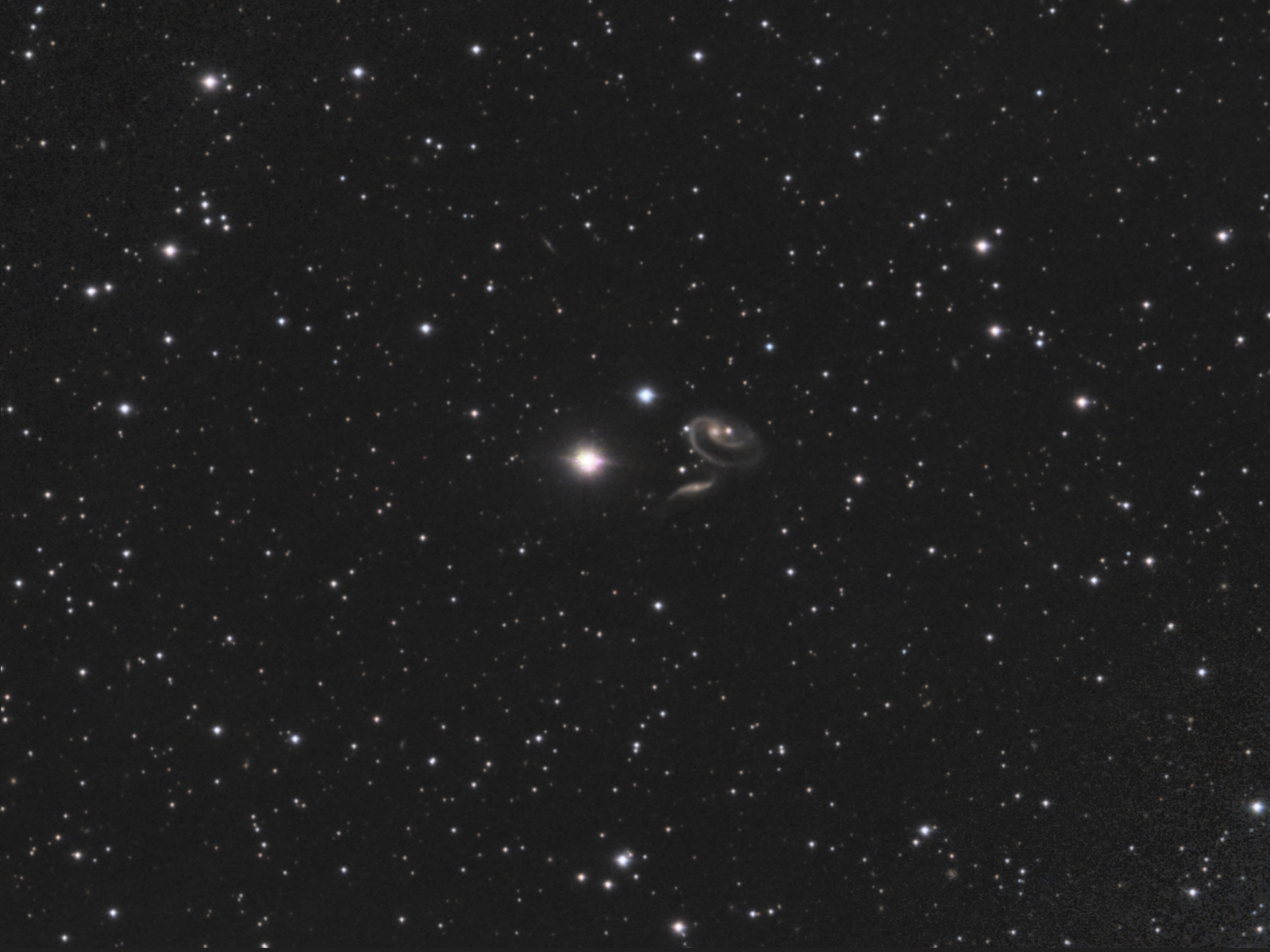 Arp 273 is a pair of interacting galaxies, 300 million light years away in the constellation Andromeda. It was first described in the Atlas of Peculiar Galaxies, compiled by Halton Arp in 1966. The larger of the spiral galaxies, known as UGC 1810, is about five times more massive than the smaller galaxy. The image was taken with my 8" RASA, a 8" Rowe-Ackermann Schmidt Astrograph.
Read more 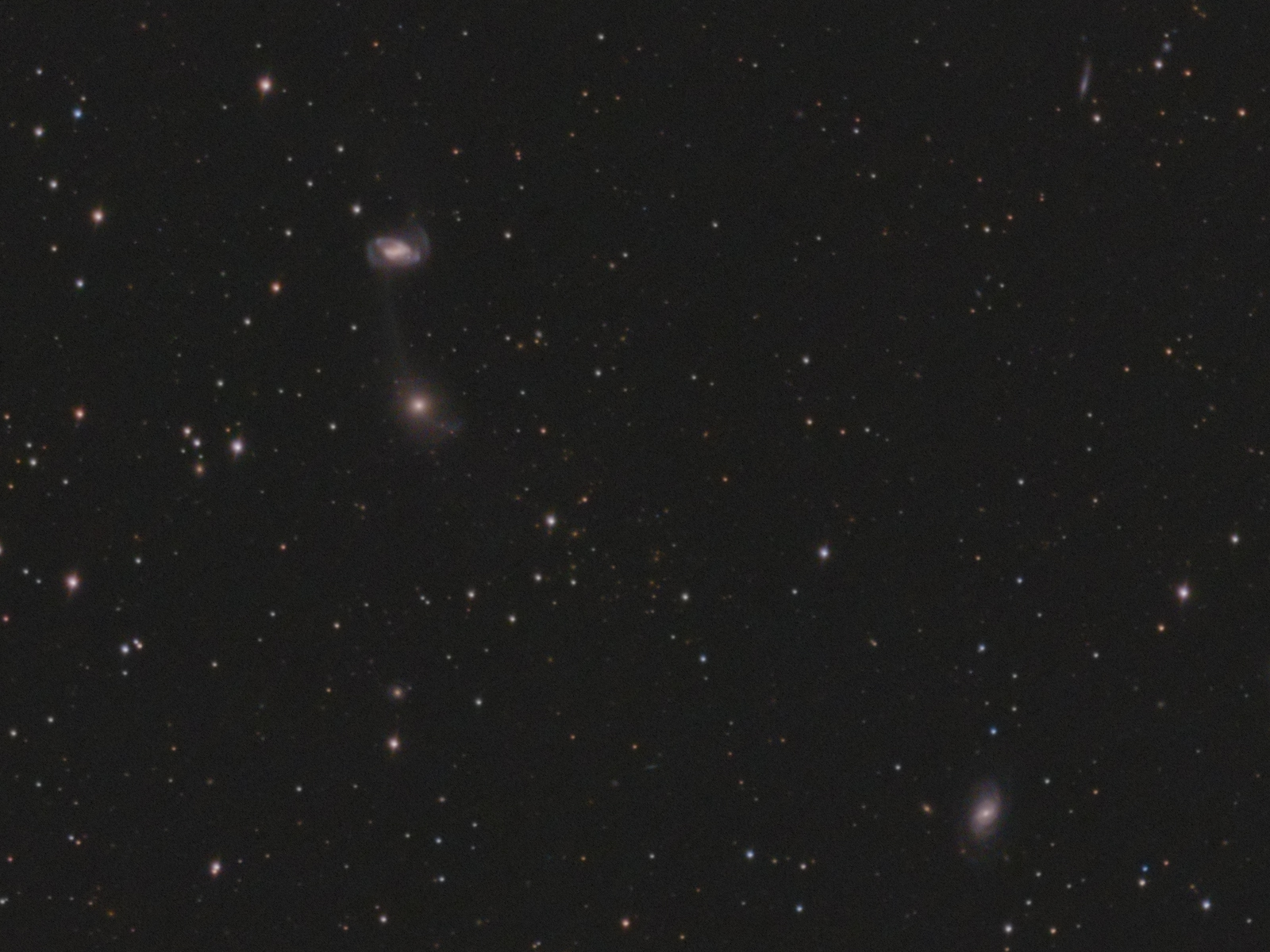 Arp 104, also known as Keenan's system, is entry 104 in Halton Arp's Atlas of Peculiar Galaxies catalog for spiral galaxy NGC 5216 and globular galaxy NGC 5218. The two galaxies are joined by a bridge of galactic material spanning 22.000 light years. The image was taken with my 8" RASA, a 8" Rowe-Ackermann Schmidt Astrograph.
Read more 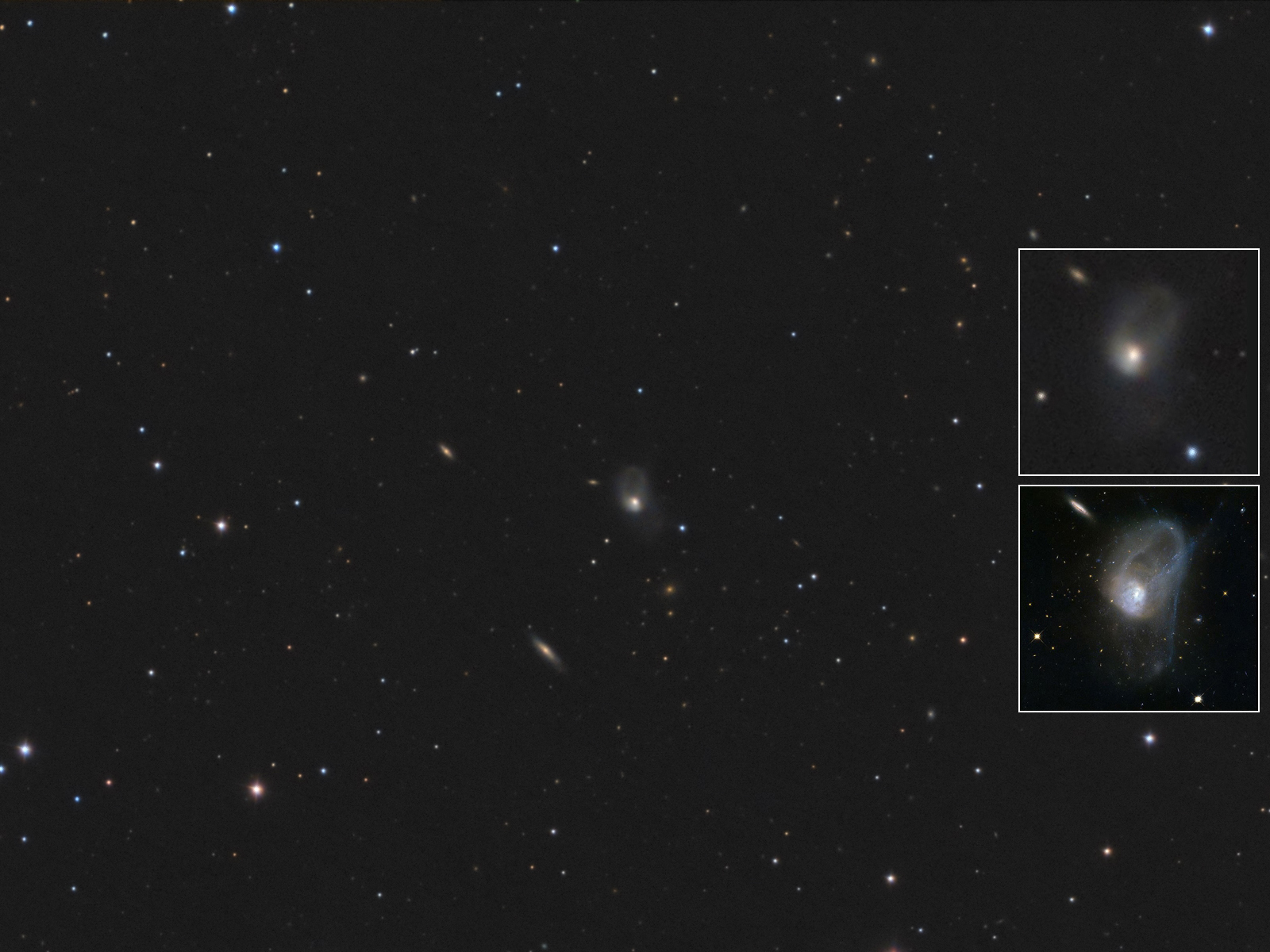 Arp 224 or NGC 3921 is a interacting galaxy in the northern constellation of Ursa Major. Estimates using redshift put the galaxy at about 59 million light years (18 megaparsecs) away. It was discovered on 14 April 1789 by William Herschel, and it was described as "pretty faint, small, round" by John Louis Emil Dreyer, size 2.1 × 1.3 arcsec, 13.10 mag. The image was taken with my 8" RASA, a 8" Rowe-Ackermann Schmidt Astrograph.
Read more 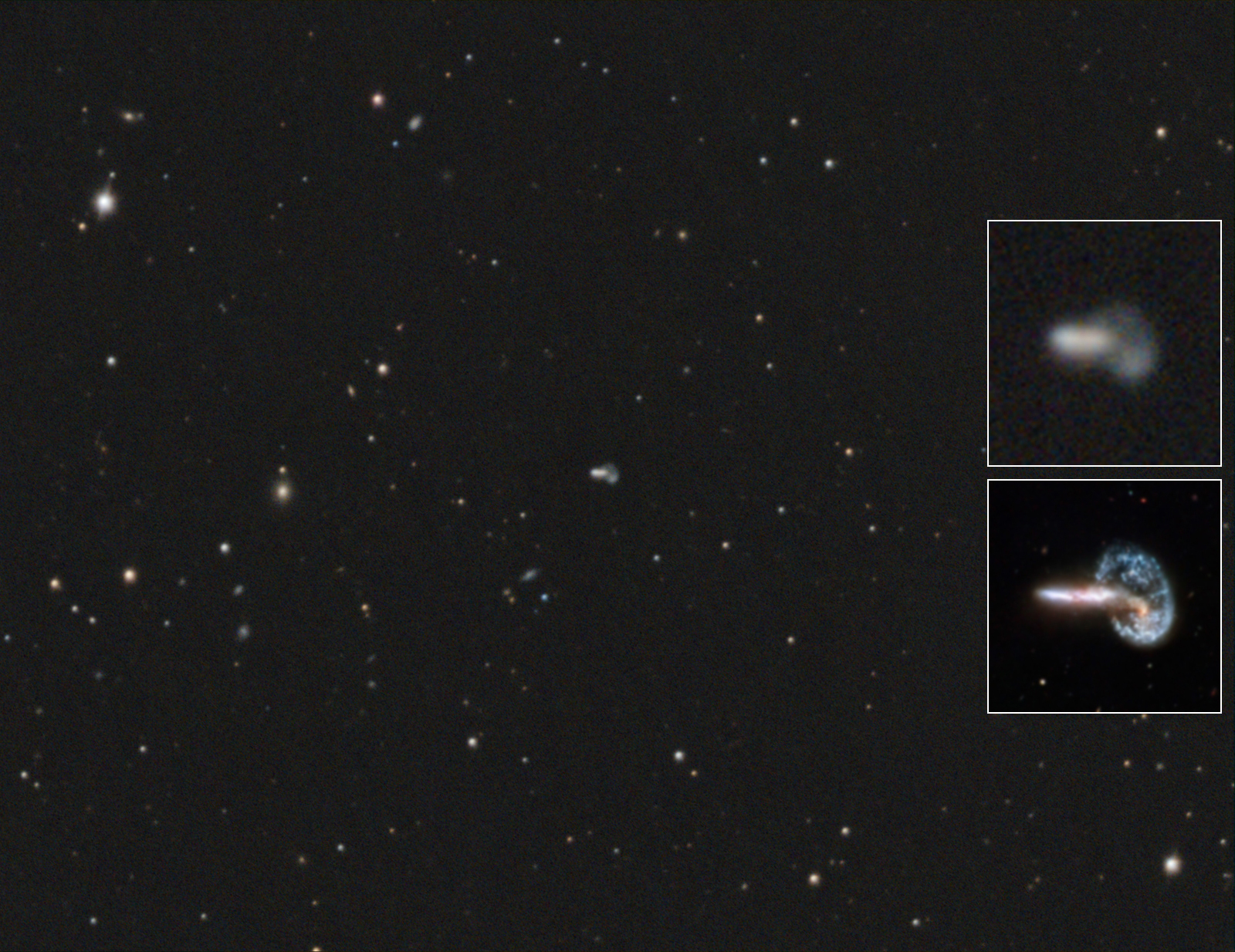 Mayall's Object, VV32 (also classified under the Atlas of Peculiar Galaxies as Arp 148) is the result of two colliding galaxies located 500 million light years away within the constellation of Ursa Major. It was discovered by American astronomer Nicholas U. Mayall of the Lick Observatory on 13 March 1940, size 0.6 x 0.5 arcsec, 15.0 mag. The image was taken with my 8" RASA, a 8" Rowe-Ackermann Schmidt Astrograph.
Read more 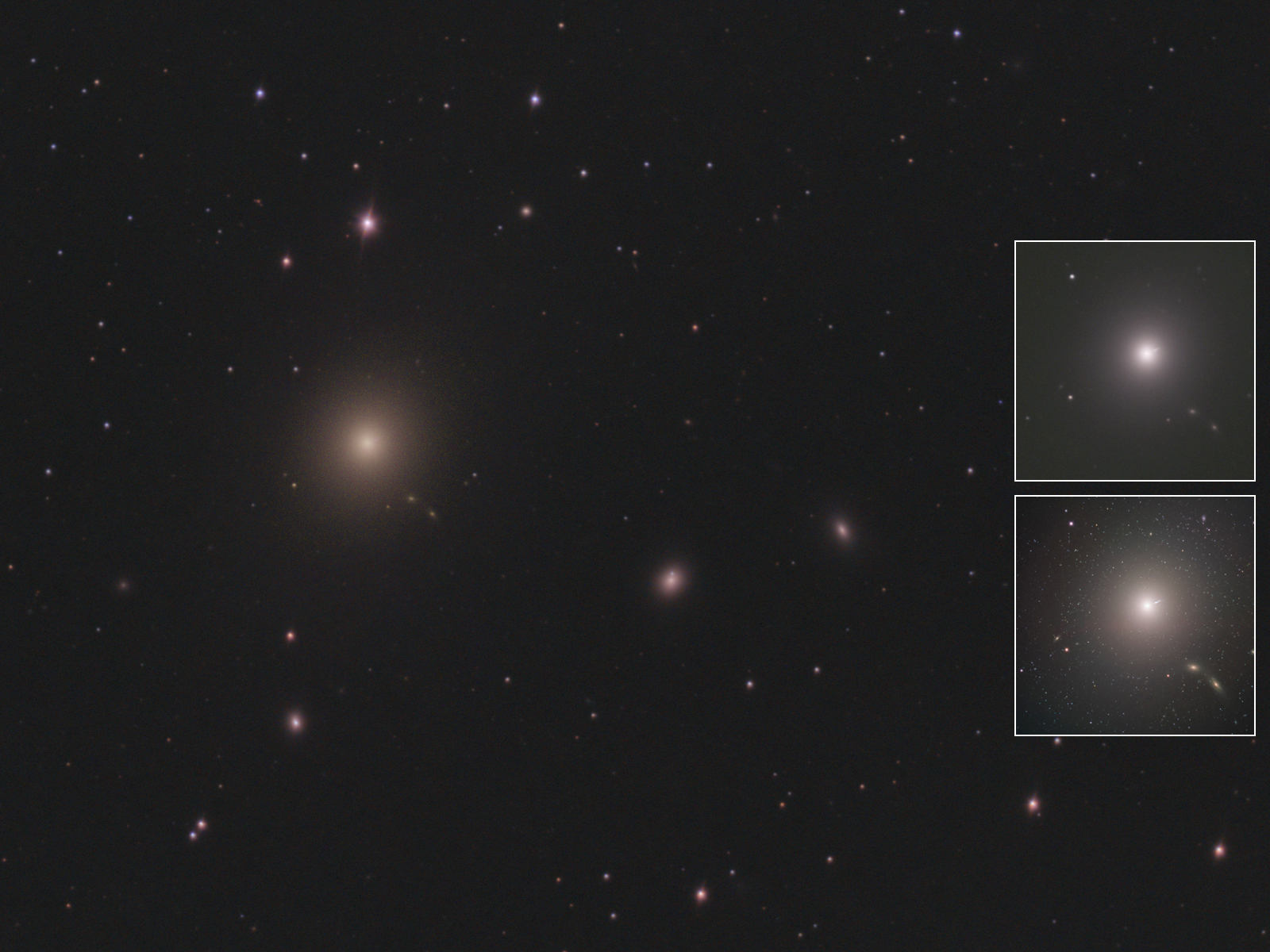 Messier 87 (also known as Virgo A or NGC 4486, generally abbreviated to M87) is a supergiant elliptical galaxy in the constellation Virgo. One of the most massive galaxies in the local universe. The core contains a supermassive black hole (SMBH). The jet of matter is ejected from M87 at nearly the speed of light, and stretches 1.5 kpc (5000 ly) from the galactic core.
Read more 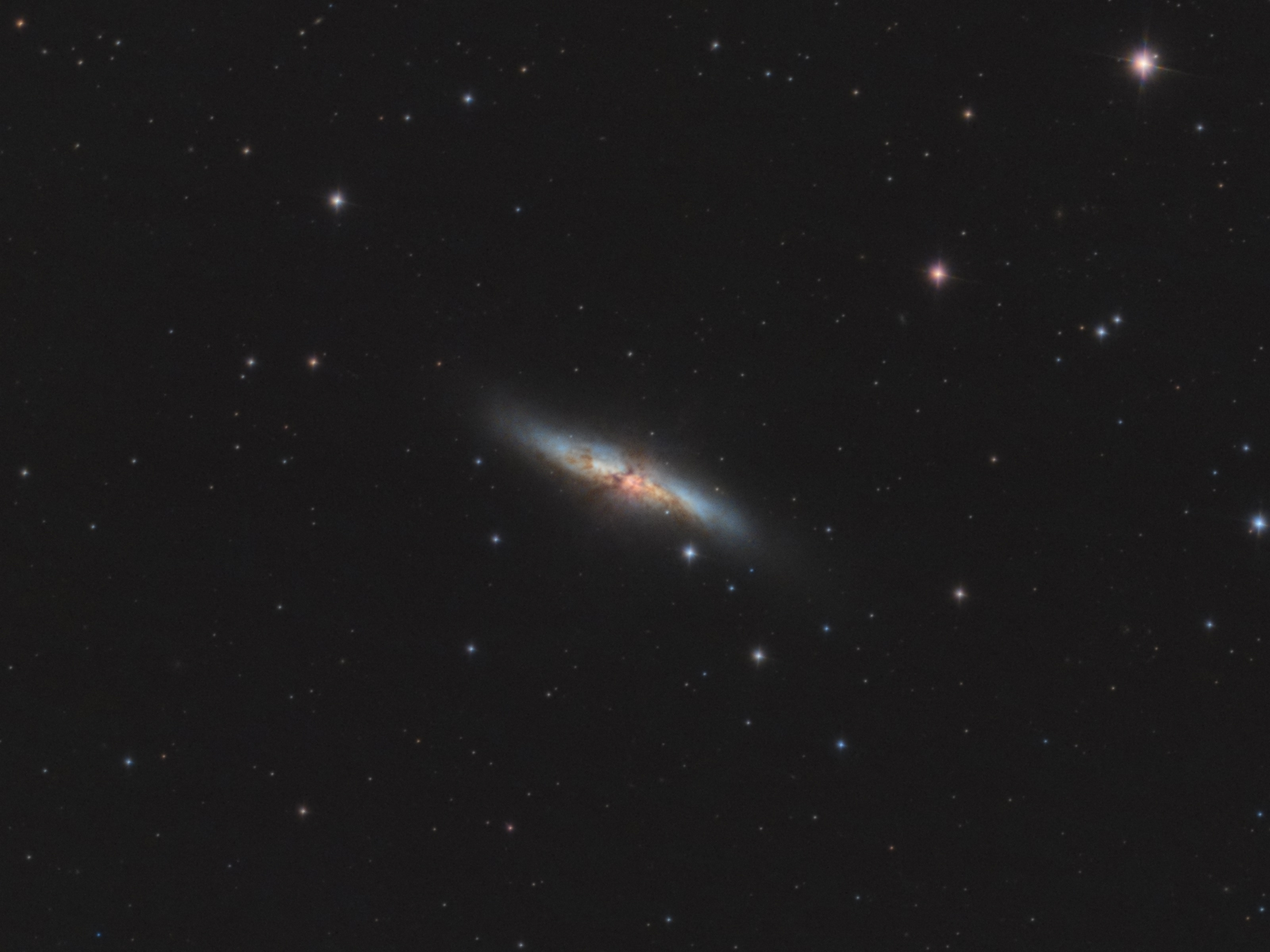 Messier 82 (also known as NGC 3034, Cigar Galaxy, M82 or Arp 337) is a starburst galaxy approximately 12 million light-years away in the constellation Ursa Major. A member of the M81 Group, it is about five times more luminous than the whole Milky Way and has a center one hundred times more luminous than our galaxy's center. The starburst activity is thought to have been triggered by interaction with neighboring galaxy M81.
Read more 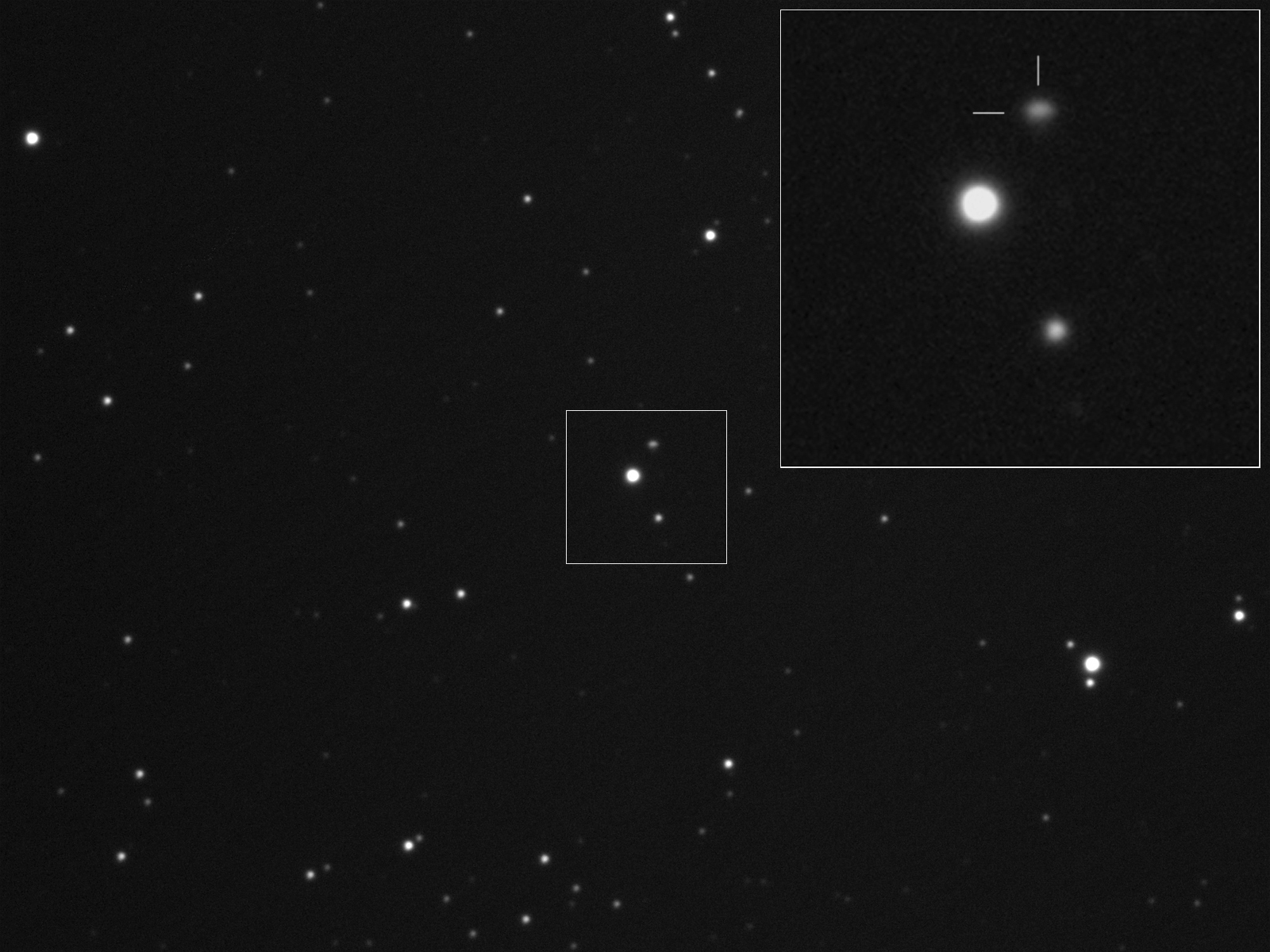 Andromeda's Parachute is a bright Quadruply Lensed Quasar at z=2.377 and located in constellation Andromeda with a size of only 3 arcsec. J014709+463037 was discovered by PAN-STARRS June 2017
Read more 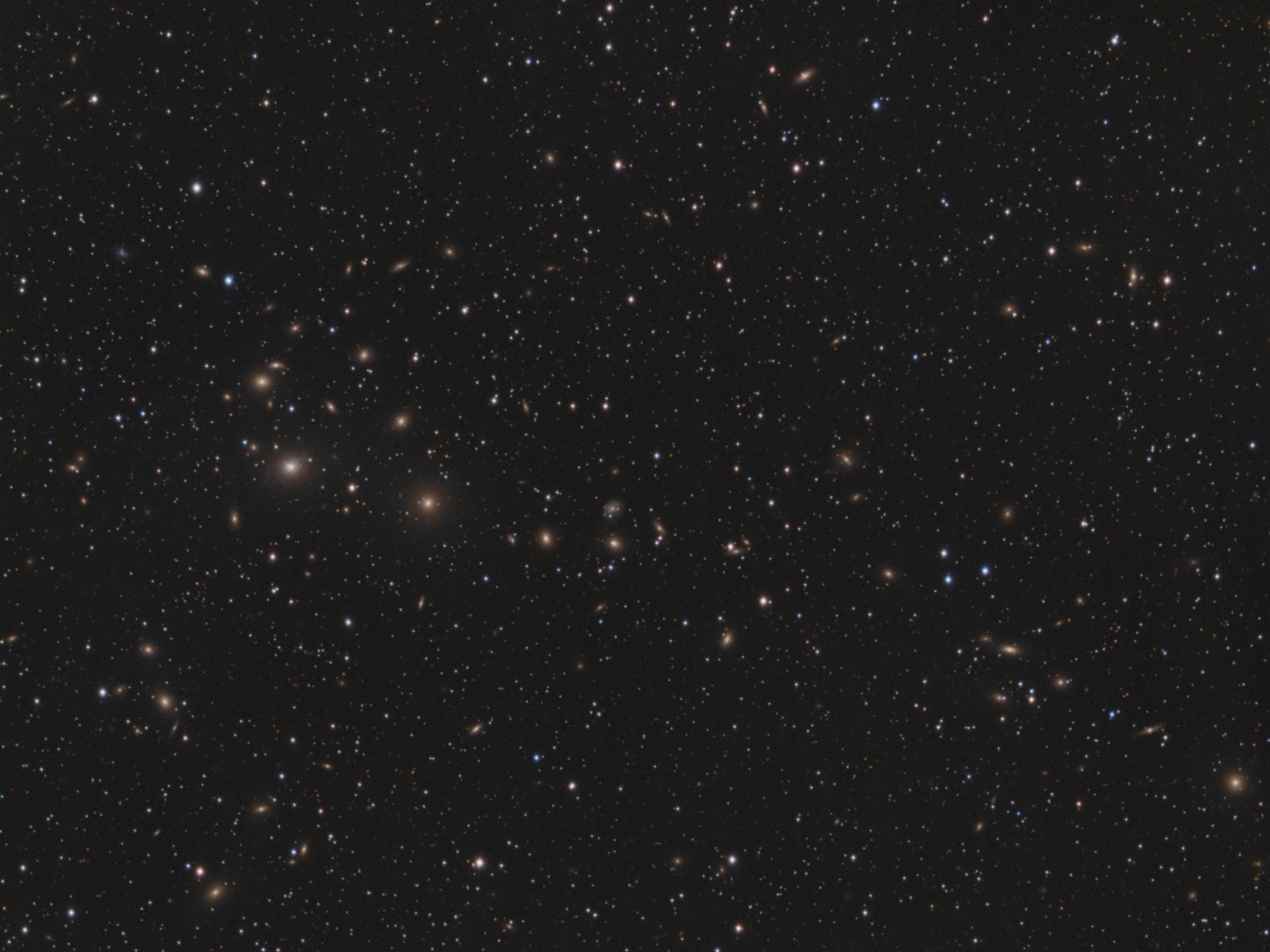 Perseus A Galaxy Cluster - it shows the gravitational relations, tidal forces and interactions of the individual galaxies and the galaxy cluster, imaged with Celestron RASA C11
Read more 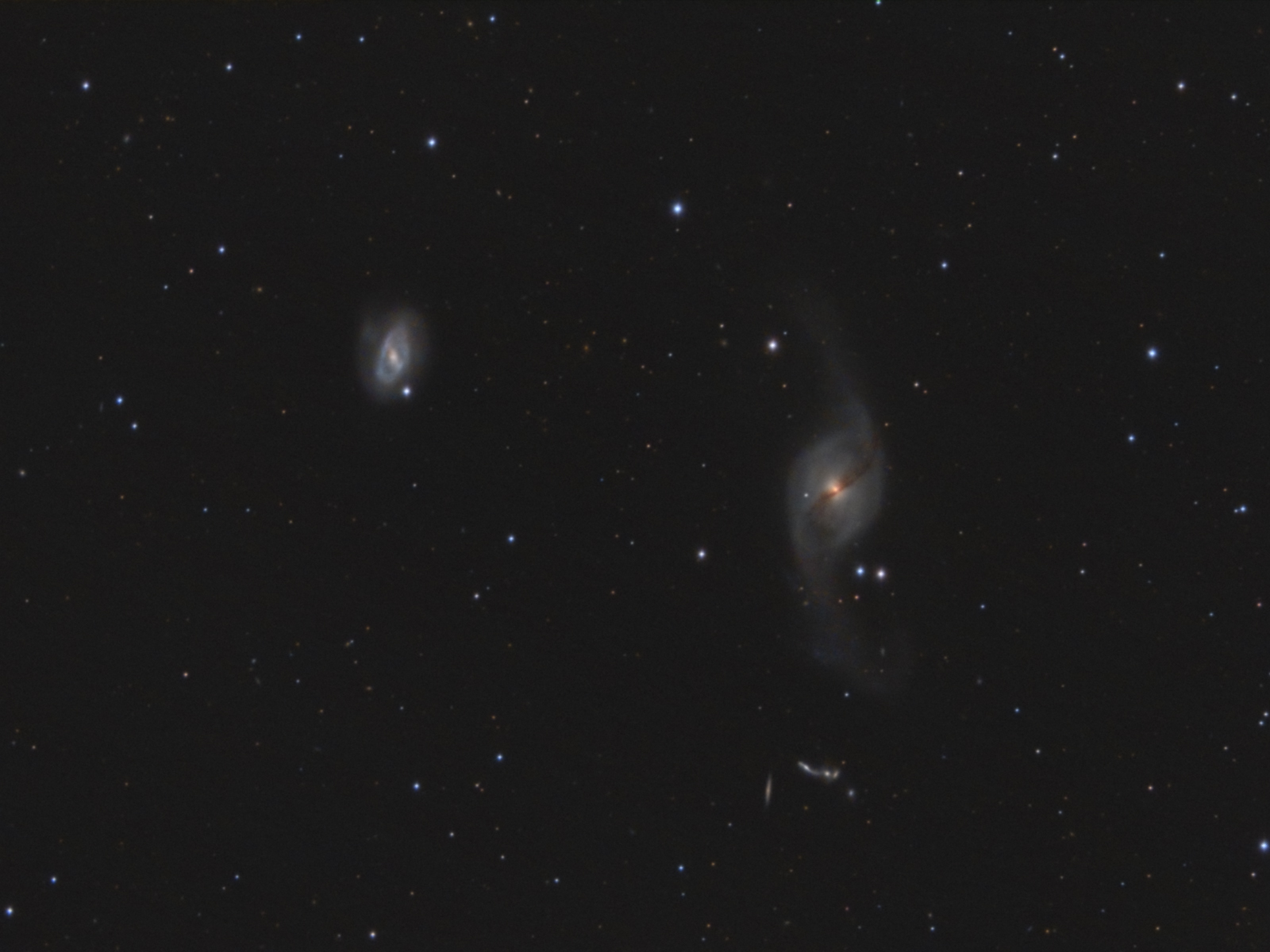 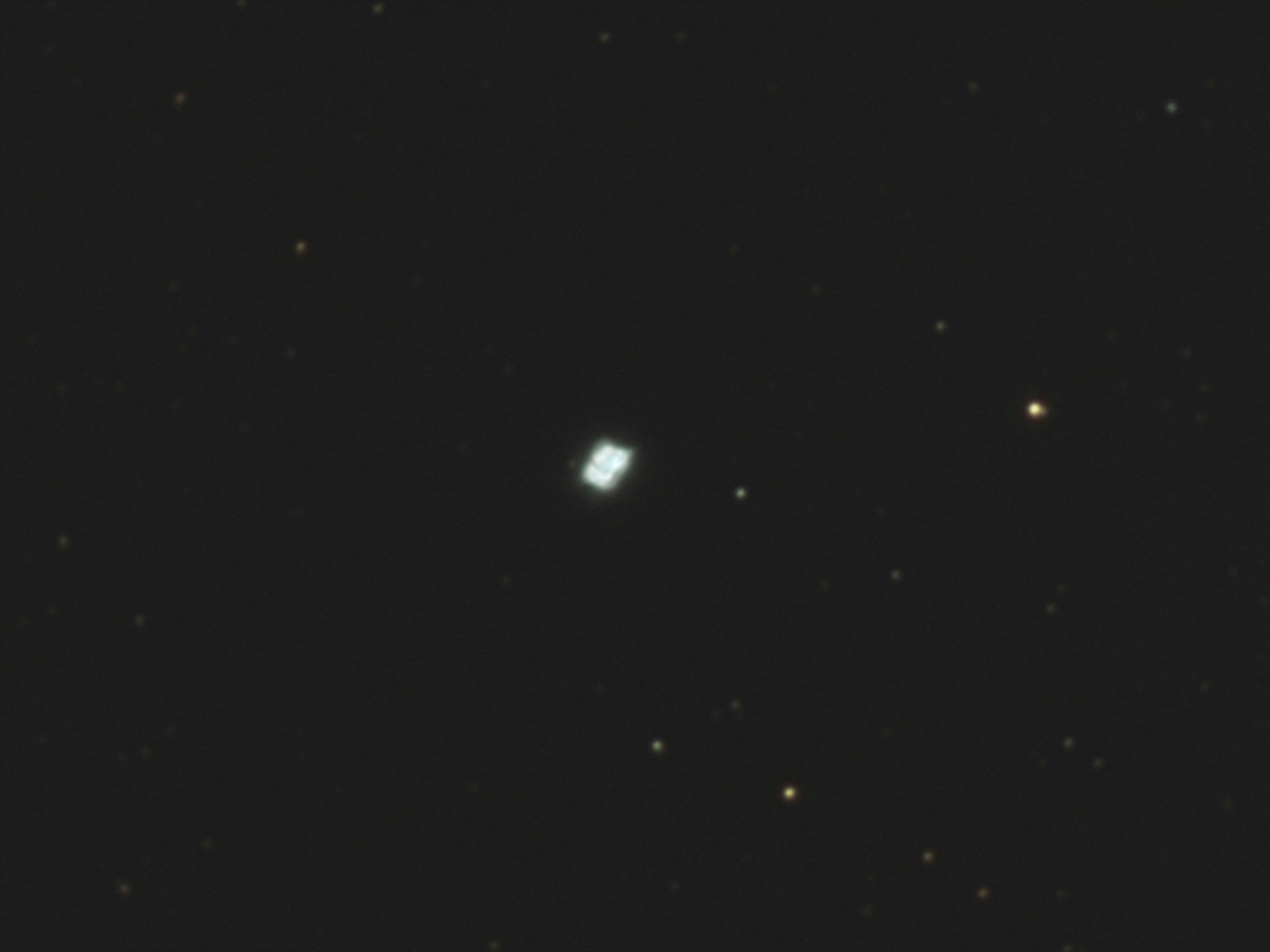 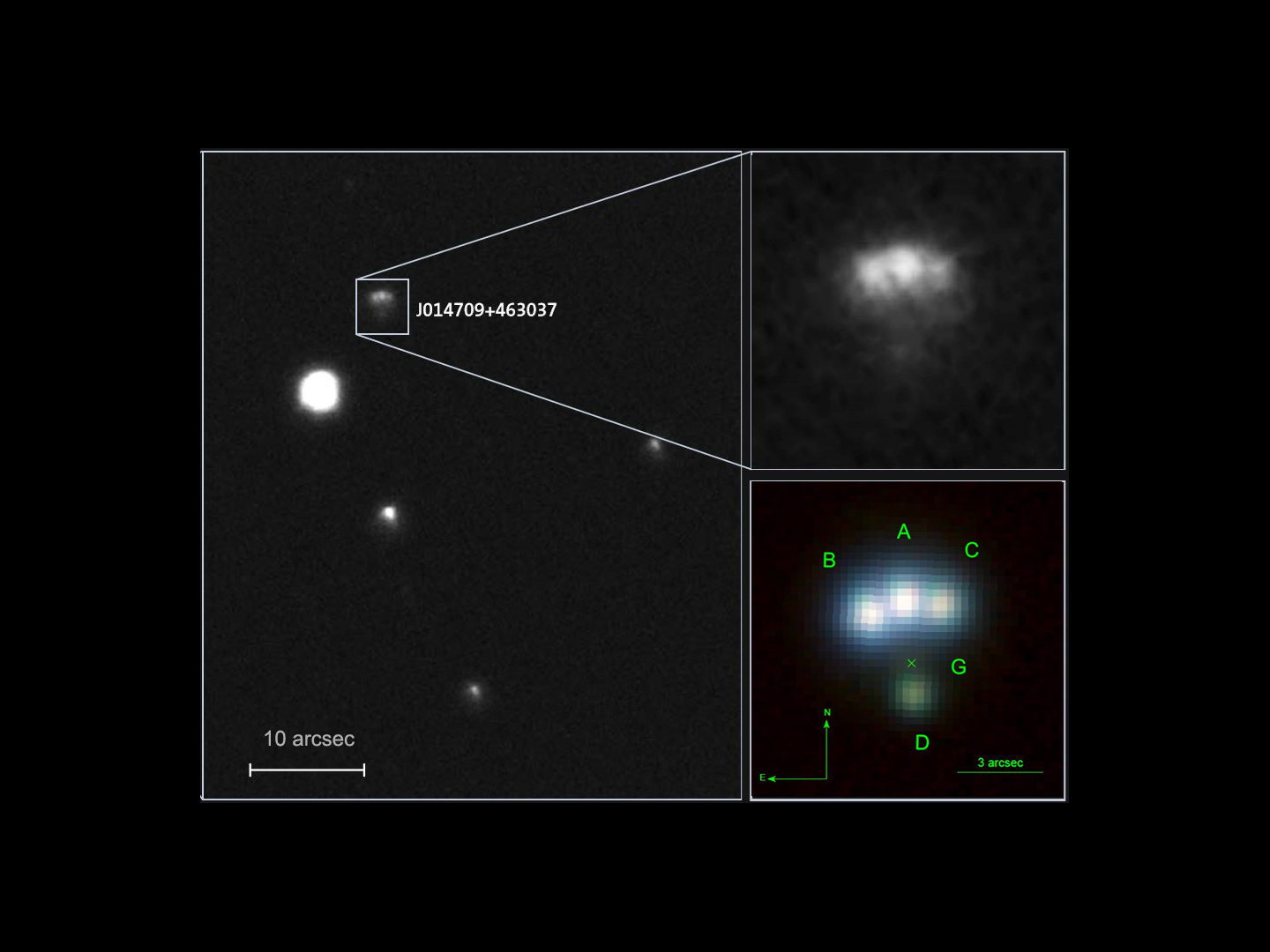 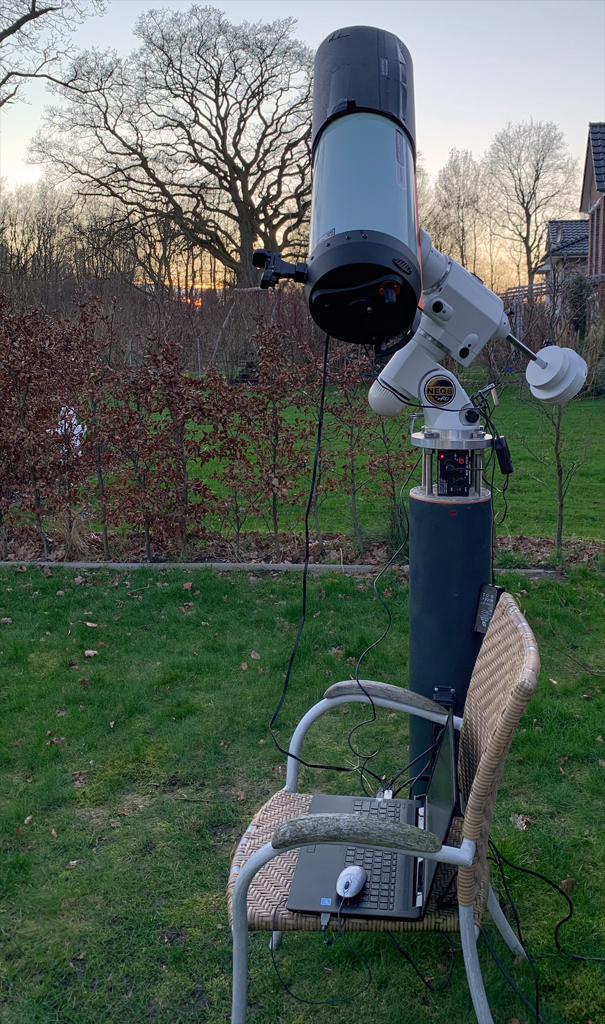 The Celestron RASA C8 f/2.0 Rowe-Ackermann Schmidt Astrograph is a dedicated instrument, it can only be used at f/2.0 like a Schmidt-Camera. Unlike the larger RASAs that work with DSLR and large CCD cameras, the 8” model was designed with color astronomical CMOS cameras, smaller CCD cameras, and mirrorless cameras in mind. The telescope does not work with standard DSLR cameras. 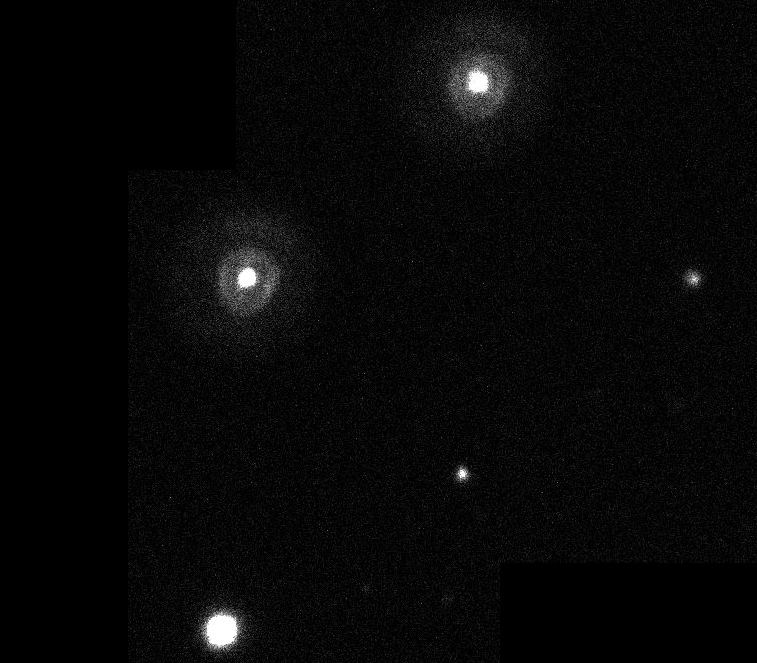 Lucky Imaging is an effective technique for delivering near-diffraction-limited imaging on telescopes.

You can further improve resolution of your images by improving your FWHM.